What words come to your mind when you read the following article? Washington Examiner How about this one: Open Muslim Brotherhood Supporter is promoted at the Department of Homeland Security And for reference, if anyone is tempted to believe the R4BIA symbol is innocuous, consider some of the...

Muslim Apocalyptic in the Syrian Conflict

A very interesting blog post concerning the vision of Syria (al-Sham) in the Muslim Apocalyptic genre from Dr. Timothy Furnish at Mahdi Watch. Intervening (in Syria) Like It's The End of the World?...

I have been patiently waiting for the proper release and permission to share the following interview publicly. The full story can be read at WND. Please take a few moments to watch and listen to the following video of portions of the interviews that I was able to conduct with two dear Syrians for my forthcoming film project.
01:14 / Blog / Joel
12 Comments

Evidence Grows that Assad was set-up.

First, WND reports on comments made by Rush Limbaugh Tuesday on his radio program, in which he claims to have heard personally from several insiders who are relaying to him the mounting evidence that indeed the Assad regime was framed. Further, another article written by the highly respected and credentialed Israeli-American scholar, Youssef Bodansky calls into question not only the American government's story regarding the Syrian crisis, but also the complicity of the American government in the whole affair. According to Bodansky, there is mounting evidence that the release of nerve gas in Damascus was a well-coordianed event potentially involving Qatar, Turkey, the US, and Jabhat al-Nusra (the al-Qaeda affiliated terrorists or "rebels"), all of whom want to see the removal of the Assad regime. This information if true, is beyond damning of the Obama administration.
01:04 / Blog / Joel
28 Comments

First, I would once again ask everyone to pray for the people of Syria. Also pray that the Lord would give our leaders wisdom. This is, after all, commanded in Scripture. Far too frequently, I myself am guilty of becoming snarky or overly critical and not turning first to prayer and placing my full trust in God and His plans.
23:14 / Blog / Joel
24 Comments

Does Isaiah 17 prophesy the imminent destruction of Syria?

This is an updated version of an older article, that I thought was relevant to repost in light of the potential looming US attack of the Assad regime in Damascus.

“Behold, Damascus is about to be removed from being a city, and it will become a fallen ruin.” —Isaiah 17:1 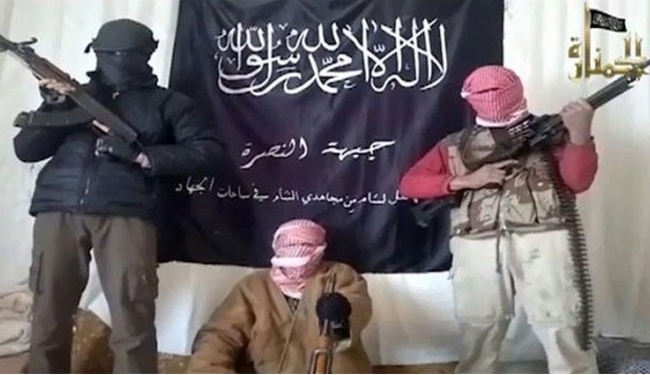 Jabhat al-Nusra. America's new ally?[/caption] First this news story from the UK Telegraph: Navy ready to launch first strike on Syria. For the past several months, in working on my forthcoming film project, I’ve travelled extensively throughout the Middle East and have sat down with numerous Christian, Jewish and Muslim leaders. I recently had the opportunity to sit down with some Syrian Christians who discussed the situation in their nation in great detail.
01:38 / Blog / Joel
24 Comments