In the following video clip from MEMRI, we find Mohammad Ahmad Husein, the present Grand Mufti of Jerusalem enthusiastically quoting the hadith of the gharqad tree. This is the hadith that speaks of Muslims committing a genocide against the Jews in the last days, according to Husein, specifically in the land of Israel. This is a very popular hadith among Palestinian Imams, and is quoted and expounded upon quite a few times throughout the Charter of Hamas. This would be similar to giving a place of prominence to calls for genocide throughout the US Constitution. Of course, the left endlessly seeks to brush this hadith aside merely as an obscure reference found in the charter of Hamas that has little relevance to most modern Palestinians. But they fail to recognize how significant it truly is in driving much of the ongoing Israeli-Palestinian conflict. How can Israel make peace with someone who believes that they have been given a God given mandate to kill them? Simply stated, without repentance, containment is the only solution. And for this, the Palestinians suffer. I repeat, when the Palestinian leadership does not renounce, but instead enthusiastically supports such calls for genocide, the Palestinians suffer. Palestinian children suffer. But no one blames the Palestinian leadership who are the true oppressors of their own people. No one blames Islam, which is the true source of racism and hatred and violence.

Meanwhile the anti-Zionist Christians at the Christ at the Checkpoint Conference will say nothing of this. They will simply moan about living in the oppressive shadow of the wall. No one will validate the fact that the Israelis were forced to build the wall to protect themselves. Nor will one hear anyone at Christ at the Checkpoint lamenting the fact that Palestinian Christians must live in the truly oppressive shadow of Islam. Instead Islam will be praised. Of course, this is the normal mode of operation for so many anti-Zionist “peace-activists.”

As such, we are not surprised in the least bit to find the anti-Israel activist and Anglican vicar, Stephen Sizer enthusiastically buddying up to the Grand Mufti only weeks after Husein made this hateful speech. Of course, if any of these so-called peace activists were genuinely concerned with peace and justice, they would vigorously confront Husein and the Palestinian leadership to their faces concerning their adamant determination to foment genocide. 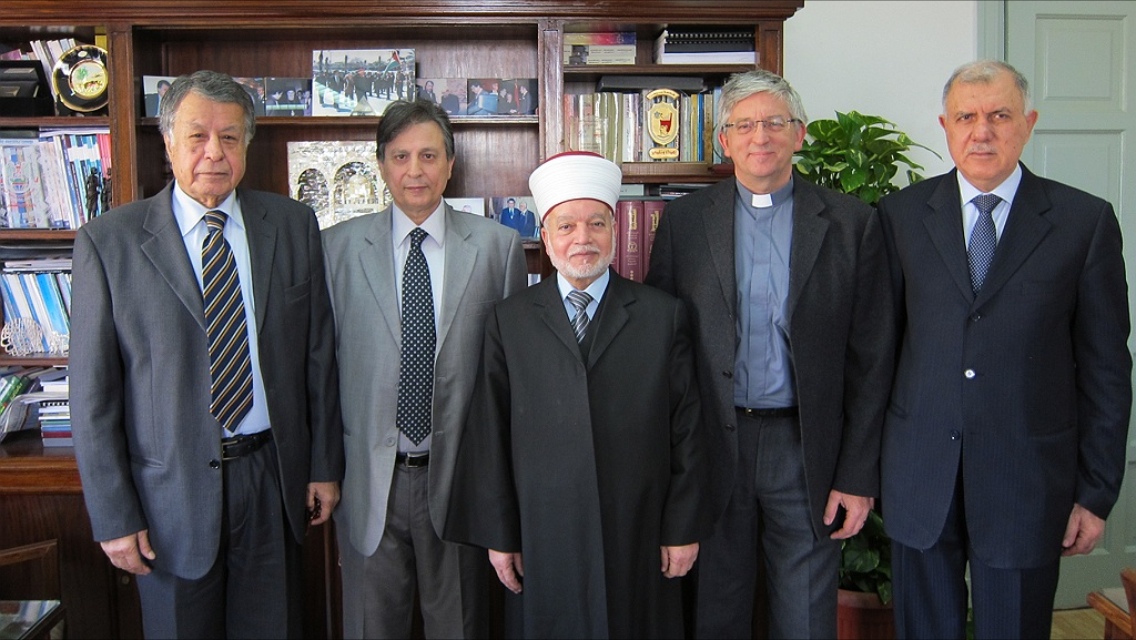 One final point. Stephen Sizer is the author of the book, Christian Zionism: Road-map to Armageddon? The title is fairly self-explanatory. In a nut shell, Sizer argues that Christians who support Israel are essentially going to cause Armageddon. Ironically, Sizer rejects the belief that a future Battle of Armageddon is even spoken of in Scripture. But when Sizer gives hearty support to those whose souls are filled with precisely the kind of “everlasting hatred” and brazen religiously inspired racism that the Bible says will actually produce the actual Battle of Armageddon, he is, according to himself, a “peace-maker.” To be clear, my purpose here is not to be snarky in my comments. Its simply that any effort to accurately describe the thought process of many of the leading voices of the growing anti-Zionist movement is so hypocritical and contradictory that it naturally will come across as sarcastic. In conclusion, remember to pray for both Israel, and the Palestinian people, especially Palestinian Christians, but also remember to pray for those like Sizer who have allowed themselves to become vessels for the corrosive propaganda of bigotry, racism and hatred.