I have been receiving multiple reports from friends in Egypt. While some of the western media has reported that Christian churches and shops are being burned, most seem to only be emphasizing the military response to the so-called peaceful Muslim Brotherhood protestors. While the brotherhood spokesman Gehad El-Haddad wrote on his Twitter: “We will always be non-violent and peaceful” the following images reveal a very different story: 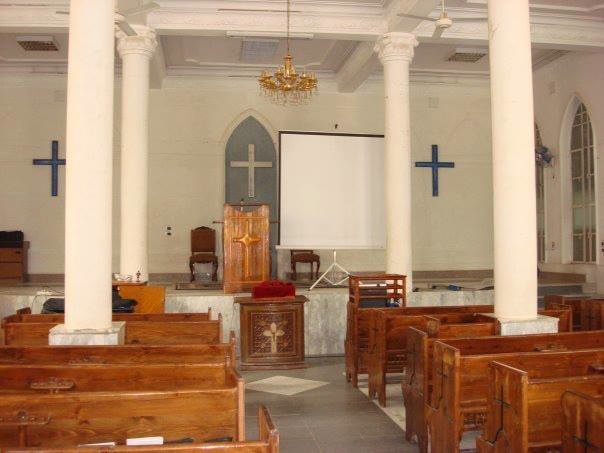 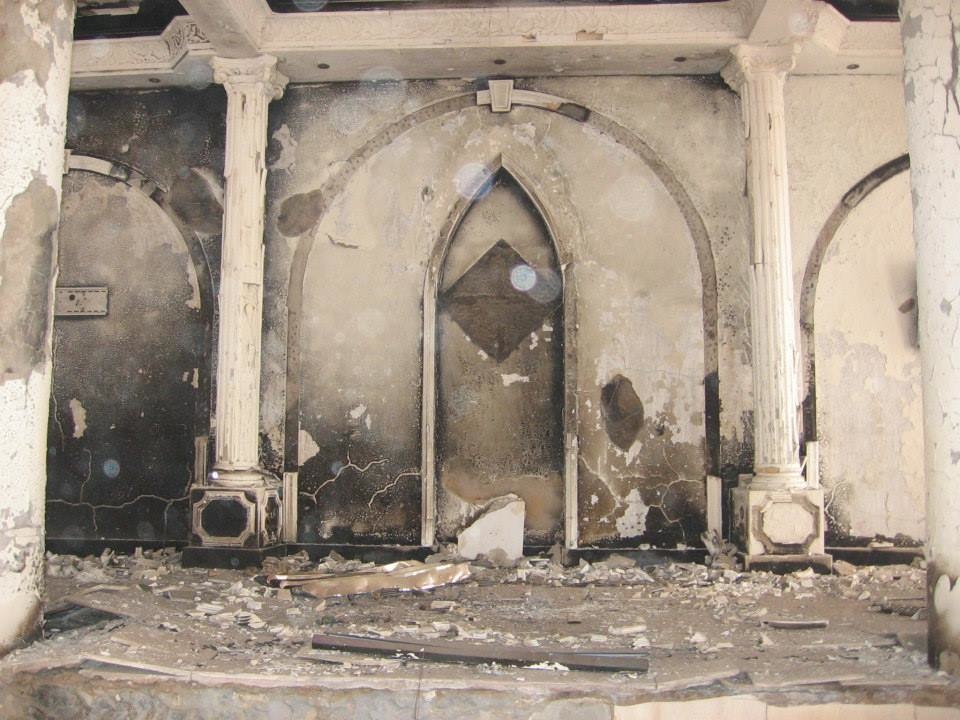 After being burnt by the Muslim Brotherhood this week.

Believers examine the damage to their church after the being destroyed by the “non-violent and peaceful” Muslim Brotherhood. 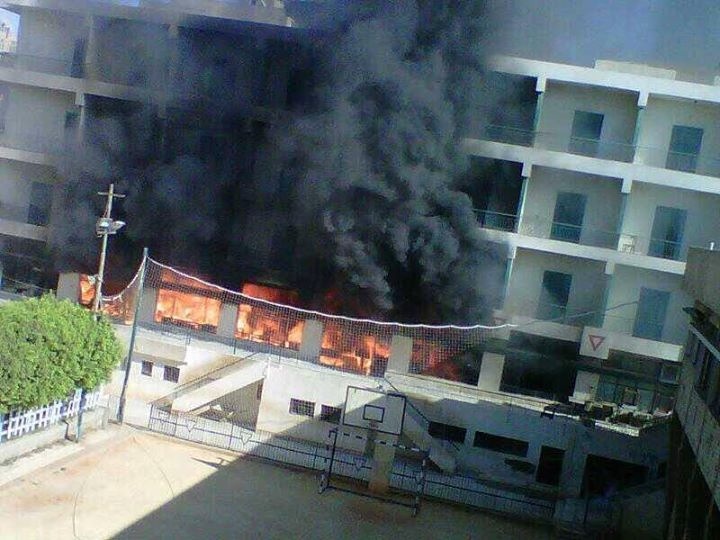 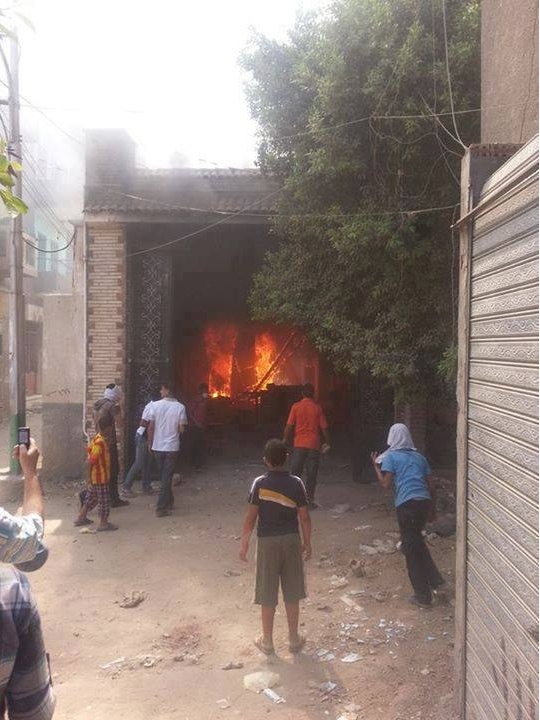 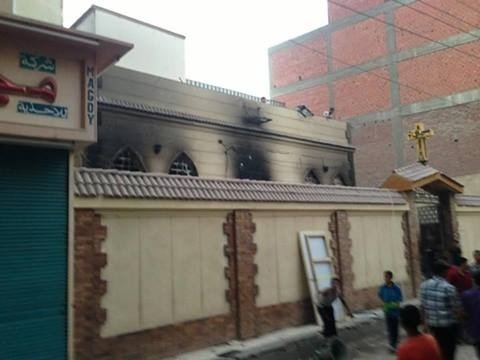 A Presbyterian church in Bany Mazar shows the after effects of an attack by the Muslim Brotherhood.

The Egyptians that I have been speaking these past days are appealing for the prayers of the Church as they seek to remain strong and remain Christ-like in midst of the multitude of attacks by the Muslim Brotherhood across the country, to Christian churches, schools, businesses and homes. This is happening most vigorously in the smaller villages where there is no security to intervene and where the media is not reporting the magnitude of what is really happening. A few of the believers specifically asked Americans to send a clear message to the Obama administration to cease all support of the Muslim Brotherhood.