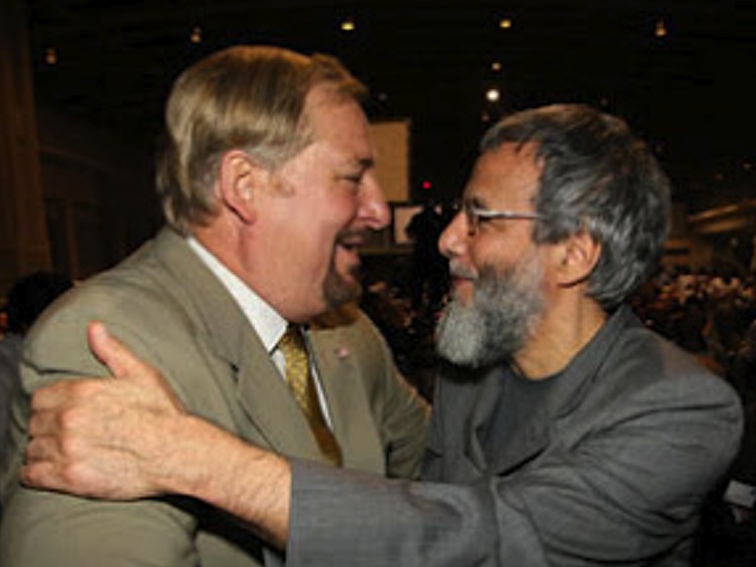 Posted at 11:51h in Blog, uncategorized by Joel 1 Comment

An article in the Orange County Register reports that Rick Warren, the man dubbed “America’s Pastor,” has launched a new program called “King’s Way,” the purpose of which is to promote peace and unity between Muslims and Christians. As part of their effort to promote their mutual goals, Warren’s pastoral staff and local Muslim leaders have co-authored a document outlining the points of agreement between Muslims and Christians. It affirms that both Muslims and Christians together believe in “one God” and share the “love of God” and “love of neighbor.” The document also include a mutual commitment to three goals: Making friends with one another, building peace and working on shared social service projects. The document quotes verses from the Bible and the Quran side-by-side as the authoritative basis to support its goals. According to Abraham Meulenberg, a Saddleback pastor, and Jihad Turk, director of religious affairs at a Los Angeles mosque, King’s Way represents opening “a path to end the 1,400 years of misunderstanding between Muslims and Christians.” But beyond this, according to Turk, both groups also agreed not to evangelize each other.